In the early days of the organisation Magqubu had a wish list that he and Dr Player talked about.  On Magqubu’s death these wishes became projects.  Dr Player fund raised and managed to fulfil all Magqubu’s wishes.

1.  A borehole was put in to supply water to the family.

2.  Beehive huts were built so that the family could enjoy revenue coming in.  People going on trail from the Wilderness Leadership School would overnight at the Muzi, but sadly these beehive huts were not maintained by the family, and the project did not work.

3.  Money was raised to build a Shembe Church the only one in the area.  This church is used by all the Shembe’s in the area every week.

4.  A tractor was purchased and a family member was sent on a trench farming course.

5.  A beautiful grave was erected to honour Magqubu and is visited by most of the people going out on trail, when they stop over at the Muzi after their trail to enjoy a typically African meal. 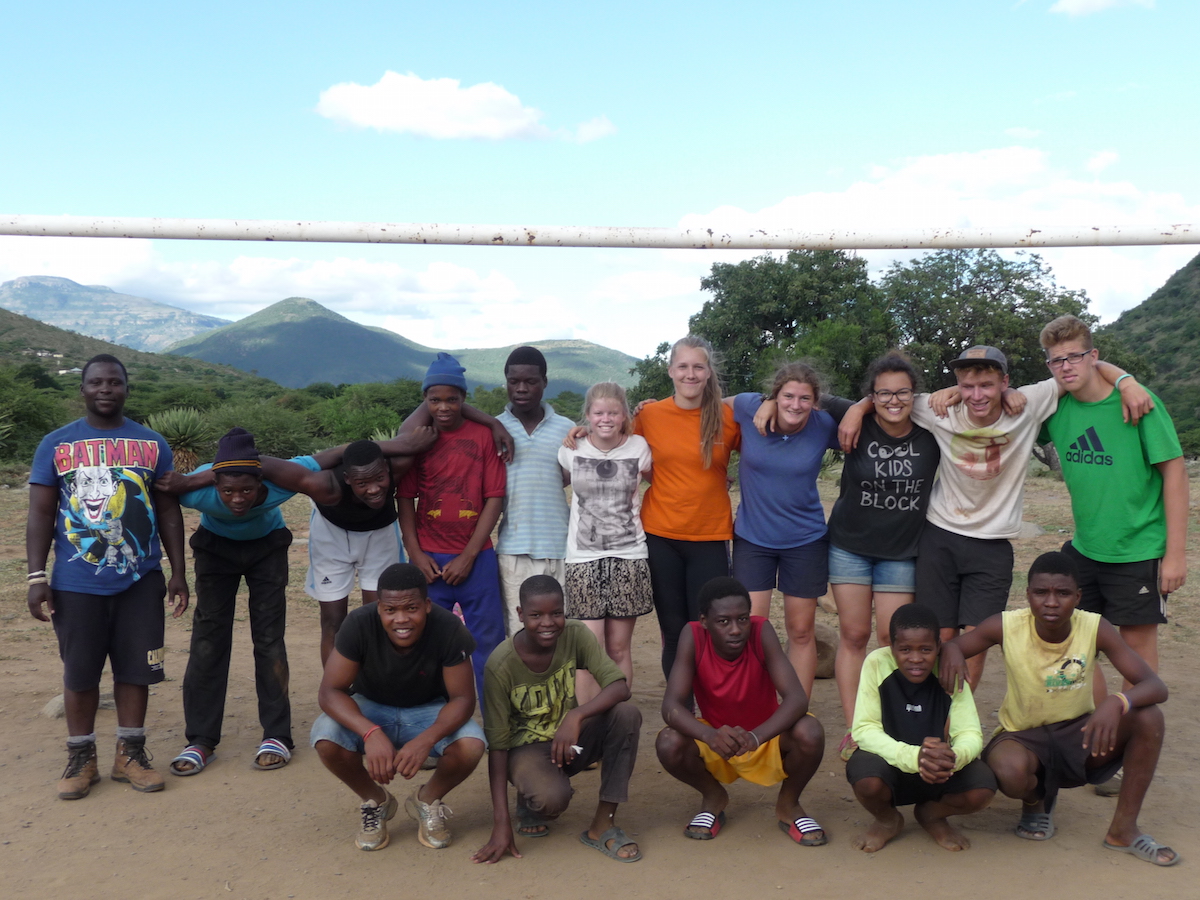 The Zulu Trails are different to the Wilderness Leadership School trails which operate originally only in iMfolozi but are now doing community homestays on the Wild Coast.

At present the Zulu Trails take place in the northern section between Tugela Ferry and Dlolwane next to Qudeni Mountain and it is hoped that in the future it will extend to include the Qudeni area namely Ngubevu, Dinuntuli and Matshemade which should be developed as the centre for the northern section of the trail.

Click Here To Download Report On The Visit Of Students From Germany, Switzerland And Netherlands: 22 To 31 March 2018

Two Field Ranger’s Gatherings were held and what an exciting time it was for everyone who was involved with the Field Rangers Gathering. The retired Field Rangers had gathered to pass on legends of old, and their wilderness experiences, which had never been recorded until the first gathering. These gatherings will be talked about for many years to come.

The objective of the Second Gathering was to video and tape, the stories of these passionate Field Rangers. A coffee table story book and a DVD will be created once all the stories have been collated and translated, then published for the public to enjoy.

The themes surrounding the Gathering was, the origin of Zulu place names within Hluhluwe- iMfolozi Park (HiP), the Field Rangers achievements and experiences, the mythical nature of the areas, and the various conflicts within those areas.

It is imperative that these stories are recorded for future generations to learn about these passionate men who dedicated their lives for conservation, and who protected these wilderness areas at all costs.

The Second Gathering was held at the Centenary Centre in the iMfolozi Park. Dr Ian Player welcomed everyone to the grand Gathering, followed by a prayer. Dr Bandile Mkhize was introduced and made a wonderful speech to the Gathering. The brilliant MC of the three day event was Sihle Nxumalo, who led the Field Rangers into telling their stories.

There was much excitement as old friends greeted each other.

Watching the khehla's tell their stories with so much passion and humility, in an animated and enthusiastic way was enthralling, one had to laugh at the expressions and descriptions, even without a good understanding of the Zulu language.

These verbal stories had never been recorded or written down. The art of talking and telling stories is slowly being lost as our world becomes more westernised, and TV and video games occupy the minds of the youth of today. Now, these legends will never be lost. They will be passed on to younger generations of Field Rangers and the public for posterity.

The retired Field Rangers gave their lives for their love of the wilderness and for the protection of our most prized possessions in South Africa. Their pay was minimal, their hours were long and they were often very far from their families.

Once the poachers were caught their hands were bound and they were walked through crocodile infested rivers out of the park, for 3 days, to reach Eshowe where the poachers were then tried in court. The Rangers would then walk the 3 days back to HiP to protect the reserve. 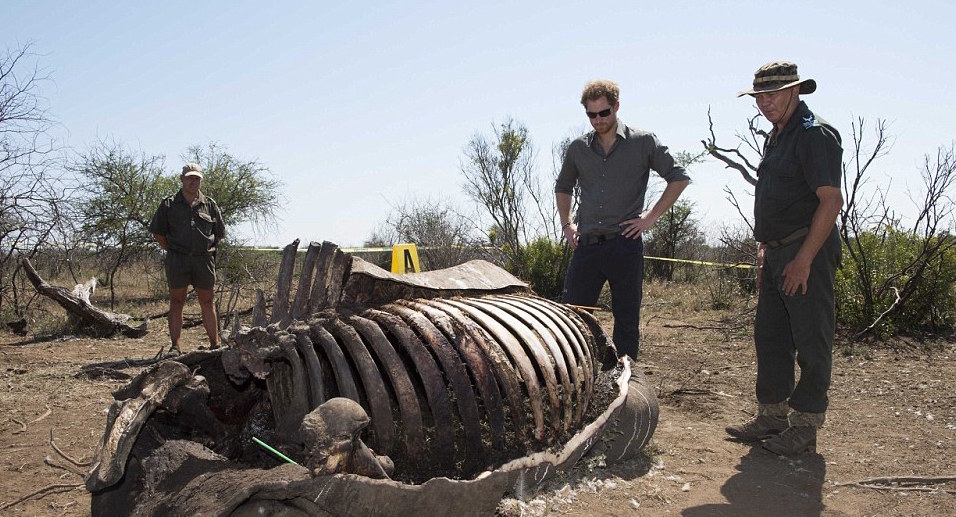 Rhinos were once abundant throughout Africa and Asia, with an approximated worldwide population of 500,000 in the early twentieth century.  However, despite intensive conservation efforts, poaching of this iconic species is dramatically increasing, pushing the remaining Rhinos closer and closer towards extinction.  The Western Black Rhino was officially declared extinct by the International Union for Conservation of Nature in 2011, with the primary cause identified as poaching.  In fact, all five remaining Rhino species are listed on the IUCN Red List of threatened species, with three out of five species classified as critically endangered.

South Africa is home to 83% of Africa’s Rhinos and 73% of all wild Rhinos worldwide, and as such is an incredibly important country for Rhino conservation.  However, Rhino poaching has reached a crisis point, and if the killing continues at this rate, we could see Rhino deaths overtaking births by 2016 – 2018, meaning Rhinos could become extinct in the very near future.  Figures compiled by the South African Department of Environmental Affairs show the dramatic escalation in poaching over recent years (refer to the below graph for statistics).

During 2013 in South Africa alone, a staggering 1004 Rhinos were killed by poachers, which is just short of three a day.  This is a very worrying 50% increase on the 2012 figures.

This poaching is predominantly fueled by the illegal trade in Rhino horn; globalization and economic growth has made it easier to establish illegal training routes.  The current poaching crisis is attributed to the growing demand for Rhino horn in Asia, mainly China and Vietnam, where horn is believed to have medicinal properties, which is of course, a baseless claim.  The high price fetched for the horn has attracted the involvement of heavily funded and ruthless criminal syndicates who use high tech equipment to track down, kill the Rhinos and ship the horn out of South Africa.

However, it is not all doom and gloom; penalties for Rhino poaching are becoming increasingly severe and frequent.  Figures released by the South African Department of Environmental Affairs show an increasing number of Rhino related arrests over the past few years.  Law enforcement plays a crucial role in deterring poachers however there is no single answer to combat the current poaching crisis.  A multi-faceted approach is required including ongoing anti-poaching and monitoring patrols, community conservation and environmental education schemes, captive breeding, translocations and demand reduction projects in Asia.

The MNMF established the Rhino Anti-Poaching Unit which fits into the overall vision and objectives for which the Foundation was originally constituted.

It is the aim of the Foundation to raise funds in order to implement a variety of measures to prevent further poaching activities, which includes the financing the Special Investigation Team which assists Ezemvelo KZN Wildlife and the South African Police Services in combating Rhino poaching in both private and public protected areas.

A key part of the APU is comprised of experts in the fields of Intelligence, Ballistics and Forensics and Law and together they operate as a formidable team that assists the SAPS in compiling water-tight dockets which lead to the arrest and conviction of poachers working at all levels of the crime syndicates engaged in these illegal poaching activities.  In order to continue this incredibly valuable work, the Anti-Poaching Unit requires continuous funding in order to carry out the Rhino Anti-Poaching patrols, operating predominantly in KwaZulu Natal.

We will continue to fight against the scourge of Rhino poaching, and our dedicated team of Trustees as well as the Anti-Poaching Unit, remain positive that we will prevail in these troubled times for our wilderness areas and our wildlife, in particular the Rhino.

We appeal to you for any funding you may be in a position to donate to the Foundation, and we will ensure that quarterly reports are sent to you with updates on how our APU has progressed.  We will provide Section 18A Tax Certificates for all donations in order to allow for tax relief to our donors.  Please be advised that 10% of all donations received are allocated to cover the administration expenses of the Foundation, however you are most welcome to advise us should you wish for your entire donation to be allocated to the Rhino Anti-Poaching Unit.  The Foundation undertakes to ensure that all funds raised are only utilized within the parameters of the project, and therefore is able to provide complete financial transparency, reporting and accountability.

Please join us in our fight to prevent any further Rhino from being slaughtered, and ensure that poaching becomes a thing of the past in order for future generations to be able to embrace our Earth and all inhabitants thereon.

Any donations you would be willing to make can be made into the following account:

In 2013 we were successful in obtaining Lotto Funding for Community Trails and were able to send 72 people from the community around iMfolozi on a 5 day trail.

Very few rural community members have ever experienced the "other side of the fence" when it comes to game reserves and wilderness areas. Very few understand the intricacies of the work and strategies employed by modern conservationists, very few benefit directly from tourism in these areas, this can breed an "us and them" approach to conservation and wilderness areas. But that can be change, and this is exactly what our Community Wilderness Trails are all about, this was Dr Ian Player's central vision, making our wilderness areas accessible to everyone.

This project is on-going and we hope to have 3 more community trails this financial year.

Each trail is led by two experienced, armed guides.  The trailists eat and sleep under the stars and everyone carries their own backpack.  No cell phones, watches music nor liquor is allowed, and each person has to do a minimum of 2 hours night watch depending on the number of trailists. 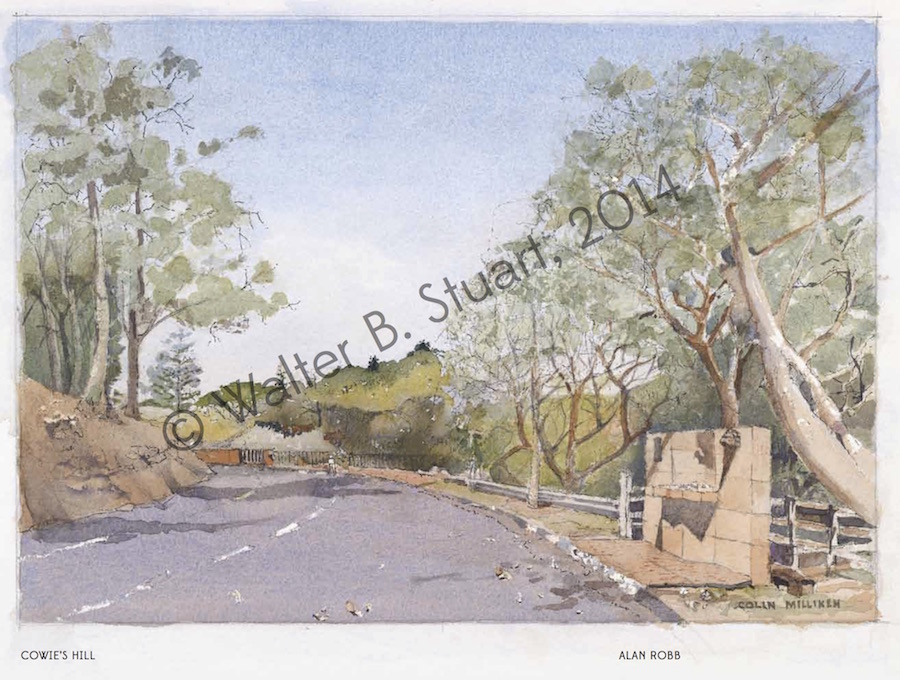 The Comrades Big Five Hills series is a project that has been undertaken to raise money for Rhino conservation. This series consists of beautiful watercolour paintings depicting Polly Shortts, Inchanga, Bothas Hill, Fields Hill and Cowies Hill. Each print has been individually signed by one of five legendary Comrades winners (Dave Rogers, Bruce Fordyce, Frith van der Merwe, Jackie Mekler and Alan Robb). These paintings were commissioned by the Durban-born artist, Colin Milliken who has had a lifelong passion for art with watercolour and pen-and-ink being his preferred media. These paintings were based on a set of aerial shots taken by Durban-based photographer, Pete van der Spek.

The primary beneficiary of the sale of these paintings is the Ian Player Magqubu Ntombela Trust. This charitable institution was founded by the late Dr Ian Player together with Andrew Ewing and Nick Steele and is named after Magqubu Ntombela, a dedicated game ranger. Player acknowledged that Ntombela was his mentor and that he introduced him to a new way of looking at the challenge of wildlife preservation. In the 1950s and 1960s, Player and Ntombela helped save the white rhino from extinction.

Today, rhino face a renewed threat caused by widespread poaching and we are called upon once again to protect this magnificent creature for the benefit of future generations. Money raised by the sale of the Big 5 Hills is channeled into the saving the rhino project run by the Ian Player Magqubu Ntombela Trust.

Please contact Moyra Collyer at This email address is being protected from spambots. You need JavaScript enabled to view it. should you be interested in buying a set.

Please click here to view a PDF of the available prints